a month ago by Lydia Stowe — 6 min read

Decarbonizing is a global effort that interconnects every sector of an industry, and a goal that is facing mounting pressure and urgency.

Decarbonization is a massive ESG priority for many companies, especially for organizations with aggressive net-zero targets. Decarbonizing is a global effort that interconnects every sector of an industry, and a goal that is facing mounting pressure and urgency.

Companies reducing their carbon emissions is becoming a must from an investor and customer perspective as well. Investors aren’t just looking at a company’s commitment to decarbonization, but to their roadmap and realistic action plan to make sure the goals are achievable.

It can be expensive to achieve decarbonization goals, and previously companies would buy carbon credits to hit carbon neutral targets, but “that kind of greenwashing approach is not going to fly in the next couple of years,” predicts Frank Meehan, CEO of Equilibrium. The price of carbon credits is also going to continue to rise over the next several years.

Greenwashing is conveying misleading information about a company’s practices, policies, or products that make it seem more environmentally friendly than the reality.

“Companies will instead start focusing on making improvements such as switching to renewable energy or looking into better refrigeration for buildings when it comes to decarbonization,” adds Meehan. Before a company purchases carbon credits, it’s becoming more necessary to focus on energy conservation and work toward a net-zero standard.

A recent Intergovernmental Panel on Climate Change (IPCC) scientific report suggests nations are still not doing enough to protect against the hazards climate change poses, reports the New York Times. The effects of climate change have become more widespread and negative, while efforts to mitigate the damage are simply not enough, adding increasing urgency to mitigate climate impacts. “Decarbonization becomes urgent in the face of growing impacts attributable to climate change,” the report states.

Another reason all eyes are on transitioning to clean energy is the Russia-Ukraine war. Using clean energy leads to energy independence, and many countries believe that if they didn’t have to rely on other countries for energy, they would not be facing shortages and high prices due to the current conflict. In a net-zero world, total global trade in energy would be about one-third of what it is today, according to the International Energy Agency.

“Oil exports account for 60 percent of the Russian economy,” according to a GreenBiz article. “And energy transactions have been excluded from international sanctions because of how it would adversely affect those issuing sanctions. Decoupling that interdependence seems to open up more geopolitical options, while encouraging energy independence.”

Europe continues to be a leader in climate legislation. The EU has a busy legislative agenda in 2022, which will be dominated by the Fit-for-55 package that was launched in July 2021. China, Costa Rica, Denmark, Ethiopia, and the United Kingdom have some of the greatest improvements in energy intensity, degree of electrification of energy use, and a portion of their electricity that comes from zero-carbon sources, according to the World Resources Institute.

When aiming to reduce emissions, companies should make sure their goals are aligned with global priorities for decarbonization, as laid out in the Paris Agreement. “Making a goal is great, but if it’s not backed by science and or helps move the world in the right direction, it’s not taken as seriously,” says Elizabeth Tutino, an ESG advisor at Equilibrium.

In the U.S., New York and California lead in the topic of decarbonization legislation. For example, New York City’s Local Law 97 was enacted in 2019 and significant changes are being considered to make the law more stringent. This law places carbon caps on large buildings and aims to eventually reduce emissions by 80 percent by 2050. This law is “getting a ton of attention in New York City and affecting how people look at carbon emissions throughout New York state and New England,” says Mike Walters, principal at Salas O'Brien.

Decarbonization in buildings is a particular focus for Alejandra Mejia Cunningham, a building decarbonization advocate at the Natural Resources Defense Council (NRDC). A huge amount of a region’s emissions comes from buildings — as much as 75 percent in New York City.

“Across the country, buildings need to be decarbonized if we have any hope of meeting our long-term climate goals,” Mejia Cunningham says. Since buildings and the equipment in them are built to last for decades, it’s crucial to build clean from the start, since decarbonizing buildings after they’ve been built is usually a significant expense.

Natural gas moratoriums in certain regions of the northeast also serve to address carbon emission reduction. While the northeastern United States and California are the hubs of activity toward reducing carbon emissions, “flyover states are well behind on this topic,” Walters says.

Regulations and policies are driving the need for sustainability reporting from companies. The U.S. Securities and Exchange Commission just announced a new proposal on climate disclosure that mandates robust climate-related reporting. In the EU, ESG reporting is already mandatory, so there is momentum around getting globally-aligned standards.

Benefits and Risks of Decarbonization

While decarbonization is a growing concern and priority, there are benefits, challenges, and opportunities to keep in mind.

Benefits of committing to reducing carbon emissions include reputational benefits, cost savings, and pleasing investors and customers. Decarbonization efforts can also increase employee engagement, as many employees indicate they want to work for a company that is a leader in climate change mitigation. In fact, 76 percent of consumers say they will stop buying from companies that treat the environment or employees poorly, according to a PWC study.

The push for reducing carbon emissions has heralded a surge of innovations over the last 10 years, including geothermal systems, heat exchangers in wastewater streams, and air source heat pumps that perform in a vast variety of air conditions, Walters says. One example is Cornell University, with its lake source cooling that has reduced the college’s reliance on fossil fuels by about 85 percent in energy use for campus cooling.

Additionally, decarbonization is shown to have health benefits for individuals. “More academic studies are showing that building fossil fuels in your homes and kitchens have detrimental health outcomes,” Mejia Cunningham says. The World Health Organization found that each year, close to 4 million people die prematurely from illnesses attributable to household air pollution.

One risk of aggressive decarbonization goals is an organization could be accused of “greenwashing.” This can cause issues with customer relationships and investors who bought into claims that were not truthful or didn’t have a clear roadmap behind them. When announcing goals, it’s crucial to also share a plan of how you will reach them and a timeline to avoid being accused of greenwashing.

The primary decarbonization strategy is electrification and finding diverse energy sources, Walters says. As renewable energy becomes a focus, reliability concerns arise since the sun and wind are not as reliable as other energy sources. “If you don’t have sufficient battery storage, you have some severe risks [of outages],” Walters says. This is particularly important in facilities such as laboratories and hospitals, which are critical for the entire population.

There’s also a learning curve to be considered with decarbonization goals, as many technologies for going electric haven’t been widely used in the U.S. “We need policies to help get up to speed, get people comfortable with these technologies so that installation is cheaper and more efficient,” Mejia Cunningham says.

As your decarbonization goals and plans evolve, it’s vital to stay on top of your carbon accounting and risks in your supply chain. Future-proof your organization with Equilibrium, a next-gen, end-to-end ESG solution that helps companies move past static spreadsheets and legacy solutions. Learn more about how Equilibrium and FiscalNote's suite of solutions can help you stay ahead of ESG disclosure, sustainability reporting, and climate risk management.

Take charge of your impact on people and the planet
Create, control, and communicate your ESG360TM story through Equilibrium, a holistic, sustainability data management solution combining cutting-edge AI technology, insights, and strategic advisory to drive decisions.

The link has been copied!

Your Supply Chain Needs a New Class of ESG Evaluations

7 Steps to Getting Started on Your ESG Strategy 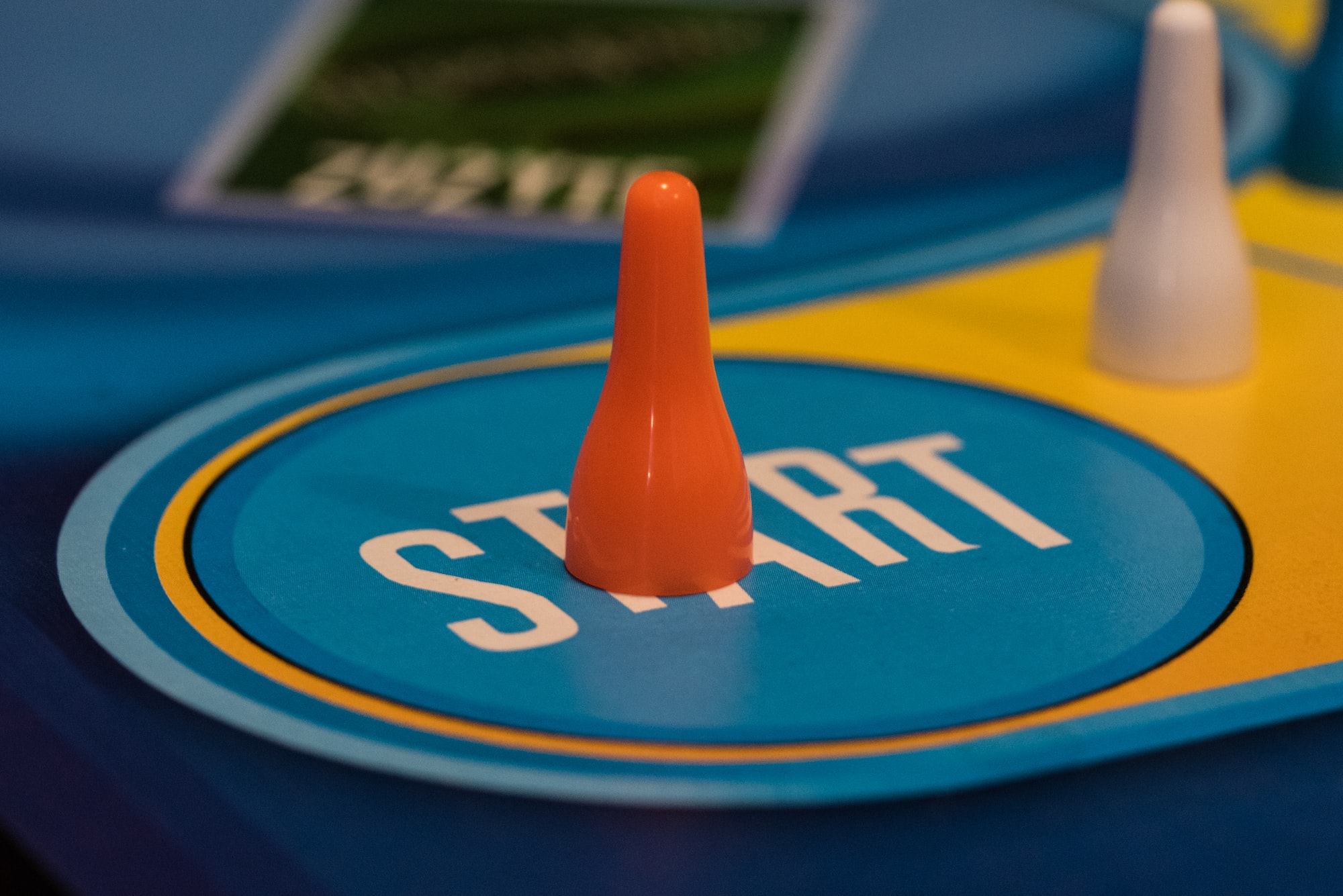